Nascor was started in July 1987 by Dr Howard Chilton, a neonatologist and then Director of Newborn Care at the Royal Hospital for Women in Sydney Australia.
The company’s first product (under the name Neonatronics) was a multifunction High Dependency Monitor for neonatal care which was refined and improved through the next 15 years culminating in the Series 2B which sold globally (except the USA) through until 2011. It measured and monitored heart-rate, respiratory rate, oximetry and ambient oxygen (FiO2) and was fully portable. 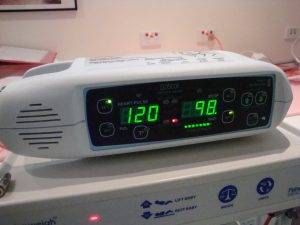 In the mid 80’s the first oxygen hoods were developed. The generally available hoods at that time were usually produced locally in hospitals and were made from glued sheet Perspex. Nascor developed injection moulded polycarbonate hoods, first the OXYDOME: 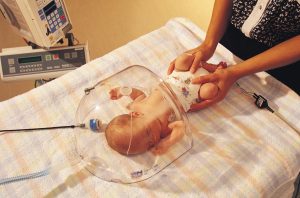 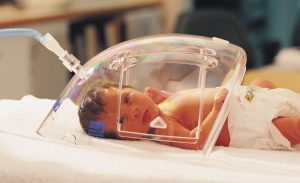 Both had variations and were supplied with a number of useful accessories.

In addition the IGLOO line of heat-shields were introduced, again with a number of variations. 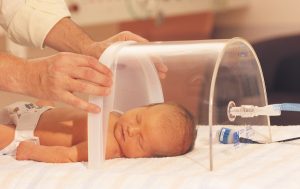 The oxygen hoods were originally moulded in Australia but production was later moved to China.
They sold globally (including the USA) and also including large orders to the Russian Federation and the UK.

In the 1990s a requirement for an efficient phototherapy mask, which was easier to retain over a baby’s eyes was perceived and the BILIBAND was developed. 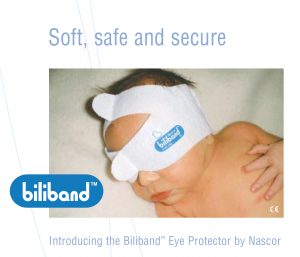 This product was extraordinarily successful worldwide and a US patent was obtained for its design in 2005. It was originally produced in-house in Australia by Nascor and later the manufacturing was moved to China. 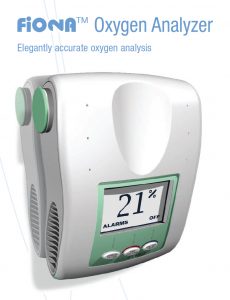 and a revolutionary Oxygen/Air mixing device for oxygen hoods called the OXYMIX. 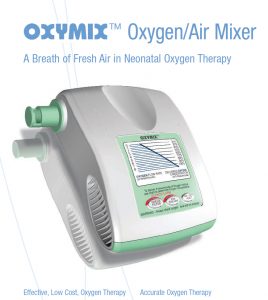 This last device was shortlisted for a NSW design award in its year of introduction.

Prior to Nascor’s expansion Huw Jones and Becky Thompson joined Dr Chilton and helped guide it during its next phase of development.

Following MEDICA trade Fair in 2002 Nascor acquired the rights of distribution to Sterifeed Human Milk Pasteurisers from the UK. After Nascor divested itself of its devices business, this aspect of the business became the focal point of the company.

In 2004 NATUS Medical Inc (USA) became Nascor’s American distributor for the Biliband and Oxygen hoods. After 2 years of successful sales the company made an offer to buy these products to incorporate in the NATUS line. This offer was accepted by Nascor’s board in 2006. NATUS continues to sell the Biliband to this day.
https://newborncare.natus.com/products-services/newborn-care-products/nursery-essentials/biliband-eye-protector
Following this acquisition, the monitor line was also transferred to a partner overseas for manufacturing and non-US global distribution.

Since then Nascor solely distributes the Sterifeed Pasteurisers and associated bottles and teats to Australia and New Zealand. This business has expanded year on year for the last several years and further growth is expected as Human Milk Banking and its use is increasingly accepted as the appropriate standard for neonatal care in the global market. Expansion into adult markets is also a tantalising future market.